DETROIT — The Yankees seem to have never met a moment they could not monetize. They scooped up the infield dirt from the game in which Derek Jeter recorded his 3,000th hit and put it in capsules that dangled from key chains. They offered a bullpen rubber from one of Mariano Rivera’s last games for $15,000. When the old Yankee Stadium closed, it was sold off brick by Monument Park brick.

When the Yankees drifted from contention last year, they held a Derek Jeter Day more than three weeks before the end of the season as a way to ensure another packed house.

If there were a World Series for cashing in on marketing opportunities, the Yankees would be perpetual participants.

All of which makes their stance toward Alex Rodriguez curious.

Rodriguez, whose surprisingly successful return from a yearlong doping suspension has been the dominating story line of the Yankees’ young season, is nearing fourth place on baseball’s career home run list; he had only a single and two walks in Wednesday’s 13-4 win over the Detroit Tigers, leaving him two home runs behind Willie Mays’s 660. Not only are the Yankees declining to celebrate Rodriguez’s impending achievement, though, they are all but ignoring it.

Yankees officials refused to explain their handling of the situation, but it is widely understood in baseball that they are tiptoeing around a potential legal showdown with Rodriguez over a series of $6 million bonuses they do not want to pay him because of his use of performance-enhancing drugs.

This has led to yet another awkward shadow dance between the two parties over the terms of Rodriguez’s contract, wrangling he once referred to as “the pink elephant in the room.”

Consider that on a list of coming milestones that was distributed in the press box Monday at Comerica Park in Detroit, the Yankees noted that:

■ Brett Gardner, with 185 stolen bases, needed one to pass Wid Conroy for sole possession of sixth place in team history.

■ Andrew Miller needed to pitch one and a third innings to reach 500 for his career. 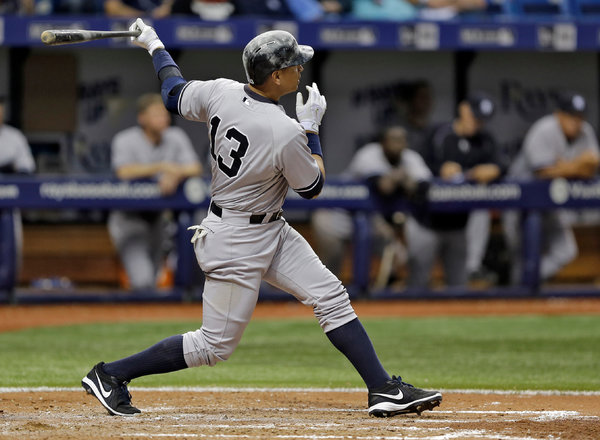 Among this trumpeting of the arcane and trivial, there was no mention of Rodriguez’s pursuit of perhaps baseball’s most revered milestone, the home run record.

The only acknowledgment the Yankees have made is a sentence buried in their daily news release, noting in plain type, with no shadow box or bold type, that Rodriguez “has 658 career home runs and is now 2HR shy of tying Willie Mays (660) for fourth place on baseball’s all-time list.” This mention was not included — its absence becoming increasingly conspicuous — until Saturday.

On Tuesday, Rodriguez declined to discuss the Yankees’ approach, saying he would answer “just baseball” questions.

Manager Joe Girardi has been there through Rodriguez’s more contentious moments with the Yankees’ front office, with the two sides openly hostile toward each other during baseball’s investigation of the Biogenesis scandal, in which several players were linked to performance-enhancing drugs. Girardi said he steered clear of such matters. 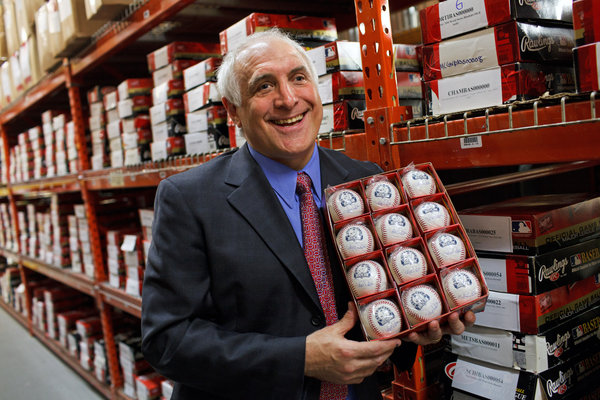 “My job is to get the best out of Alex, and I’m going to continue to do that,” Girardi said.

Rodriguez, whose past actions may have annoyed some teammates, has found a welcoming environment since his return. He has reciprocated by being on his best behavior, consistently portraying himself as a humble servant of the manager who is just happy to be playing again.

Sabathia said the players were either unaware or uninterested in any dispute the team had with Rodriguez over the bonuses.

“It doesn’t play in the clubhouse at all,” Sabathia said. “He did something that he got in trouble for, he served his suspension, and once his suspension is up, everybody in here wanted him back. Anything that goes on outside of here, we can’t comment on. It has nothing to do with us.”

The 10-year, $275 million deal Rodriguez signed with the Yankees in 2007 included $30 million in bonuses tied to his pursuit of the career home run record. It called for him to receive $6 million each time he tied one of the top four — Mays, Babe Ruth (714), Hank Aaron (755) and Barry Bonds (762) — and an additional $6 million for passing Bonds. In exchange for the bonuses, the Yankees have all rights to marketing that is tied to the milestones.

If Rodriguez reaches 660 at Yankee Stadium — the team is returning home for six games, beginning Friday against the Mets — it could be particularly awkward.

When Rivera left the field in his Yankees finale in 2013, it was a scripted affair, with his longtime teammates Jeter and Andy Pettitte walking to the mound to remove him, a gesture that brought Rivera to tears.

When Jeter reached 3,000 hits with a straight-out-of-Hollywood home run at Yankee Stadium, his teammates and his coaches emptied out of the dugout to meet him at home plate. As the crowd stood and cheered, Jeter embraced each teammate, including Rodriguez, who could be heard telling him, “That’s unbelievable.”

Girardi said he was uncertain how the team would respond when Rodriguez reached 660.

Outfielder Carlos Beltran, who is among the Yankees closest to Rodriguez, said he had never played with a teammate who reached a significant milestone.

“I don’t know what the protocol is for that when something happens,” Beltran said. “I’ve never been in a situation like that. For me, it would be new.”

“It’s not like you have it written out,” he said.

How Yankees management will handle it is even less certain. Will there be an announcement on the scoreboard? Will the game be stopped to acknowledge Rodriguez’s achievement? Or will the moment pass as if it never happened? If the Yankees, caught between paying homage to their brand and the bottom line, fail to strike the proper tone, not to worry: With Rodriguez now 48 hits from 3,000 for his career, they may soon get another chance.