"YOU GOTTA HAVE BALLS": A BRANDON STEINER EXCLUSIVE

"YOU GOTTA HAVE BALLS": A BRANDON STEINER EXCLUSIVE

I'm a memorabilia freak.  I don't save up a ton of dough to just dump it on a $5000 piece of memorabilia, I have priorities, but I collect what I want to collect. Inexpensive and personal and something that I can pass onto my kids over time.  I even wrote a fun piece about it called WHAT'S IN YOUR JUNK DRAWER?Sometimes people have stuff they forget even have. 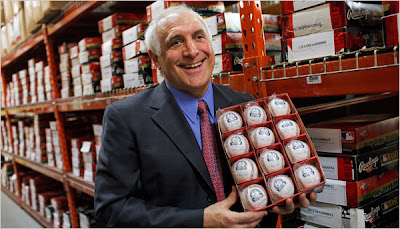 But enough about me. Let's chat about Brandon Steiner, founder and chairman of Steiner Sports Marketing one of the biggest Memorabilia guys in the world dealing with some of the most expensive pieces in the world. Mr. Steiner recently released a book titled "You Gotta Have Balls" and I was interested in asking him about what's it like to walk in his shoes. I got some pretty interesting answers and you'll enjoy this interview...I sure did.
BYB: Was sports memorabilia something you always wanted to get into? I read you started your empire with $8000 and in 2 years made $5 million. Is that even true?
Brandon Steiner: No, that’s not true at all! I started Steiner in 1987 with $4,000 and for a long time it just consisted of me doing small athlete marketing projects and arranging paid appearances for players. $5 million? 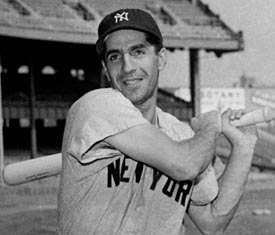 I was literally operating check to check. Around 1993 I took $10,000 and started Steiner collectibles, with two clients on board - Mark Messier and Phil Rizzuto - and a closet of collectibles I had. I thought the items would be used mostly for corporate promotions and gifts to get new clients, but it quickly became more than that. But the business never really “took off” until 1999 and 2000, with the Subway Series.
BYB: Who was the first New York Yankee you worked with after your agreement with the Yankees in 2005?
Brandon Steiner: By 2005 we had them all.  My relationship with the Yankees really started in 1998; after that season, we had half the team under contract. In 2005 we were actually more Red Sox-centric, since they had just completed their crazy run of 2004. 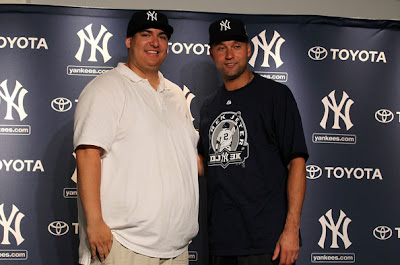 BYB: After Christian Lopez caught Derek Jeter's 3000th hit, a home run, you reached out and offered to pay $25,000 toward his student loans. How did that come to be?
Brandon Steiner: Christian had given the ball to Derek voluntarily, when he could have gotten a lot of money for it, and so I was toying with the idea of helping him in some way because that was such a tremendous thing to do. But I couldn’t figure out the best way to help him – he didn’t want anything, really - and I almost gave up!  Then one morning Mitch Modell called me and said “I want to help this kid out, he’s a great kid.” So of course I was on board. Finally we got through to Christian and the idea of paying off the loans came up. But this is more a story of Mitch helping the kid. He quarterbacked the whole thing, and besides the generous check, Mitch gave him his World Series ring and a full-time job. I was happy to help Christian and his family deal with the frenzy that surrounded him after he caught that ball. What a great story and a great kid.
BYB: What's your favorite piece of merchandise in the Steiner Collection and why? 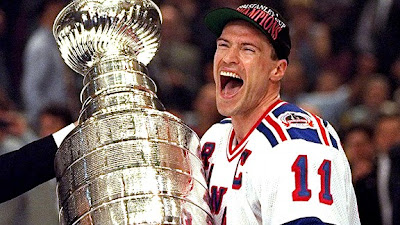 Brandon Steiner: This one’s easy: it’s a photo of Mark Messier holding the Stanley Cup up, grinning from ear to ear, with his inscription “We did it – ’94 Cup”. The morning after the Rangers won that year, everyone I saw on the train to work was reading the Daily News coverage, with that photo on the back of the paper. That’s when it clicked for me - that there was a market for that kind of collectible – not just a photo, but the athlete making an inscription that brought all the emotions together. Also, Mark has always been such a great friend to me, through the years. He’s the best guy you could have on your team, period.
BYB: Growing up, tell me 2 athletes that you admired and why? 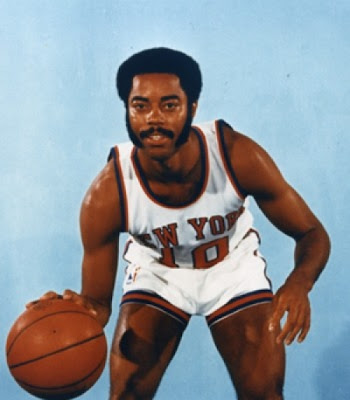 Brandon Steiner: Clyde Frazier, because growing up, all I wanted to do was become a NBA player and Clyde was the coolest and had “the shoes.” Also, Roy White, a solid baseball player and a very cool and calm player - never got too emotional – just played the game. 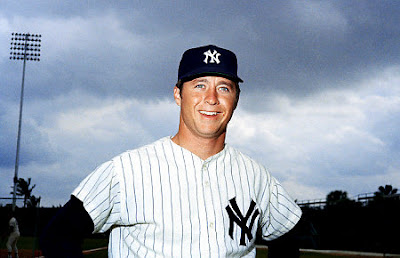 Bobby Murcer was a favorite as well as Roger Staubach. How can you not love Roger, with those great last minute comebacks and the way he served our country - and then came back and played some serious football! 4 Super Bowls.
BYB: As a kid, tell me who was the first autograph you received from an athlete? Do you still have it today? 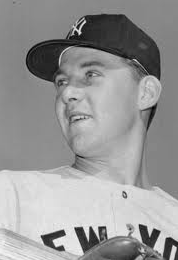 (In Photo: Tom Tresh) Brandon Steiner: Yes, of course I still have it! It was Yankees Tom Tresh and Joe Pepitone around 1970. That story is in the book. I was 11 and some older kids took me to the game that day and we sat by the on-deck circle and met those two guys. Another real big autograph I got as a kid was Thurman Munson. I met him in a hotel in Boston and he signed my program. You bet I got that!
BYB: What do you want people to learn about you in your new book "You Gotta Have Balls"?
Brandon Steiner: I hope they learn that all the grains of sand are what makes up the beach. That all the little things you do in life add up and if you pour yourself into doing them, they end up being big things.  And you never know when your luck can change so follow your dreams by making a commitment and sticking to it. Eventually you discover passion and fun. Don’t be afraid to fall, especially when you’re young!
BYB: Final question, do you ever read my website Bleeding Yankee Blue? If so, what do you think?
Brandon Steiner: Honestly, I have not gone to your site before, but I just gave it a look and it’s awesome, very well done!  I can see how Yankee-centric you are, which of course I love.  I will be back and we should do some promos with you with Yankees seats and signed items. Why not? By the way, that's another question I ask in the book,  What else? and Why not? 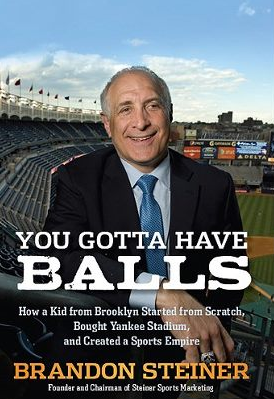 Mr. Steiner, I think I'll be calling you about maybe working together on something, you've inspired me.
What a pleasure and such a likeable guy! We hope you enjoyed this interview with Mr. Steiner and I suggest all of you go out and get his book.  It's a great read.  Buy "You Gotta Have Balls", it's a must, I swear!
Please comment, we have DISQUS, it's easier than ever. Let me know what you think and follow me on Twitter @BleednYankeeBlu and join the group Bleeding Yankee Blue on Facebook, just type